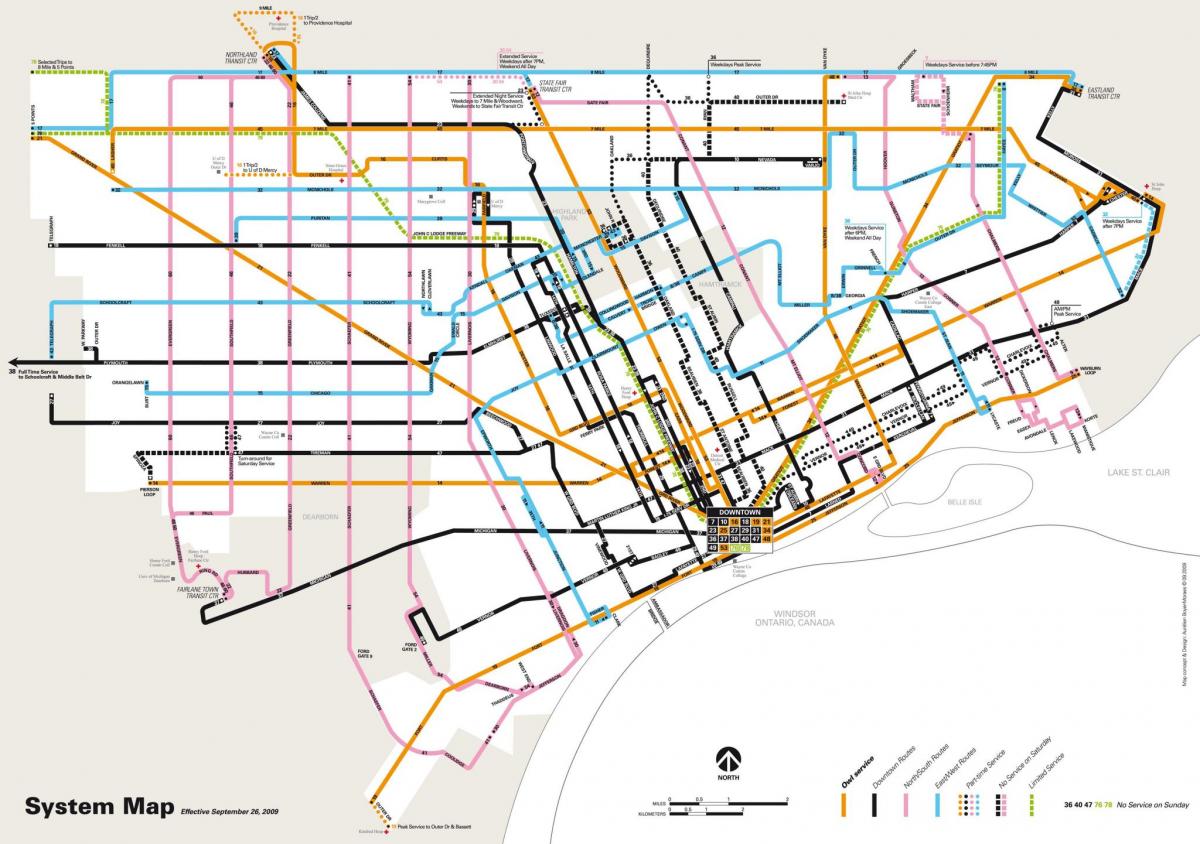 The city has three international border crossings, the Ambassador Bridge, Detroit-Windsor Tunnel and Michigan Central Railway Tunnel, linking Detroit to Windsor, Ontario. The Ambassador Bridge is the single busiest border crossing in North America, carrying 27% of the total trade between the U.S. and Canada. Mass transit in the region is provided by bus services. The Detroit Department of Transportation (DDOT) provides service to the outer edges of the city. From there, the Suburban Mobility Authority for Regional Transportation (SMART) provides service to the suburbs. Cross border service between the downtown areas of Windsor and Detroit is provided by Transit Windsor via the Tunnel Bus as its mentioned in Detroit transports map. It is also possible for those who cross to Detroit on the tunnel bus to use a Transit Windsor transfer for transfers onto Detroit Smart buses, allowing for travel around Metro Detroit from a single fare.

An elevated rail system known as the People Mover, completed in 1987, provides daily service around a 2.9 miles (4.7 km) loop downtown as you can see in Detroit transports map. A proposed bus rapid transit may serve as a link between the Detroit People Mover and SEMCOG Commuter Rail which extends from Detroit New Center area to The Henry Ford, Dearborn, Detroit Metropolitan Airport, Ypsilanti, and Ann Arbor. Amtrak provides service to Detroit, operating its Wolverine service between Chicago and Pontiac. Baggage cannot be checked at this location; however, up to two suitcases in addition to any "personal items" such as briefcases, purses, laptop bags, and infant equipment are allowed on board as carry-ons. The Amtrak station is located in the New Center area north of downtown. The J.W. Westcott II, which delivers mail to lake freighters on the Detroit River, is the world only floating post office.