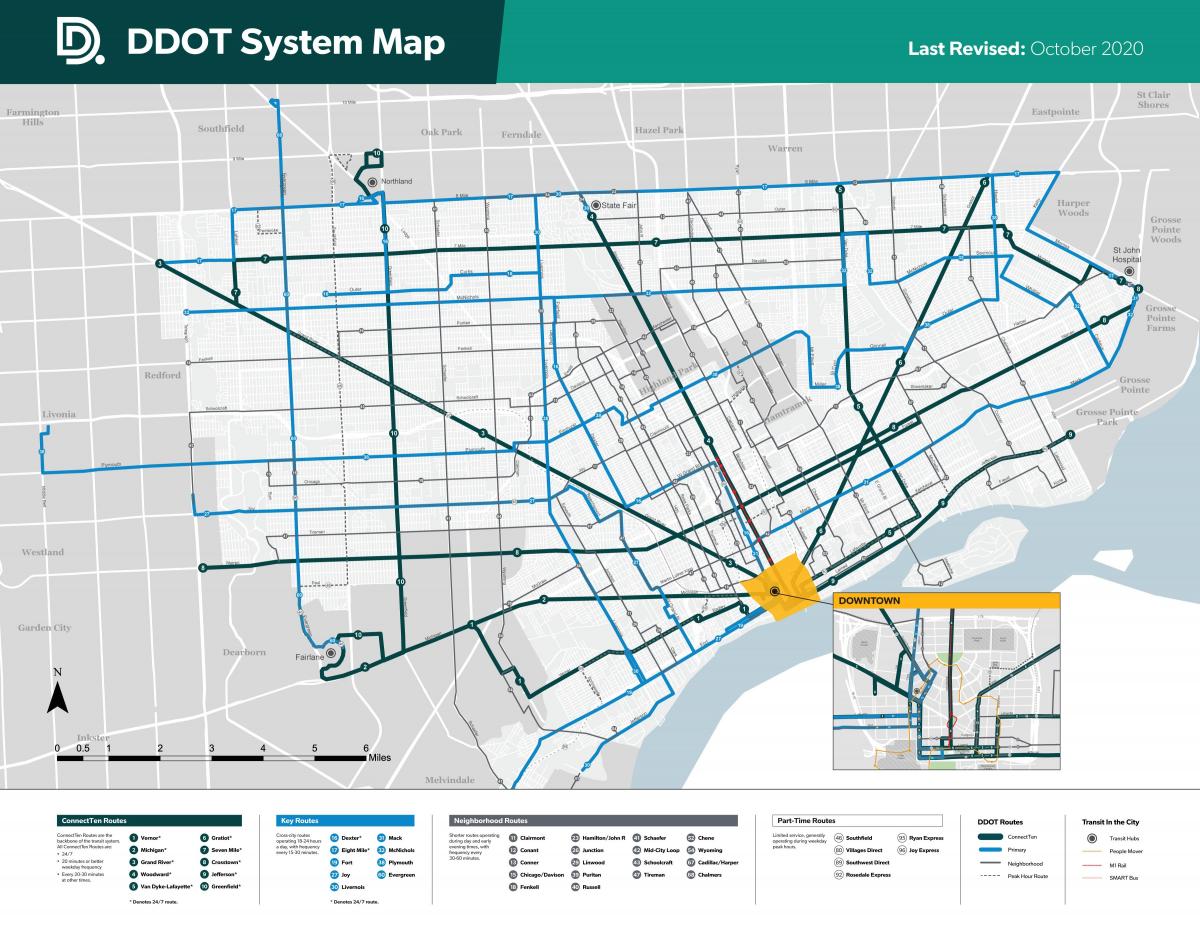 The DDOT was created in 1922 as the Department of Street Railways. The department became the DDOT in 1974 under the Detroit City Charter (Detroit City Code Reference 7-1401) as its mentioned in Detroit bus map. Streetcar services was discontinued in 1956, with rail transit not resuming service until the Detroit People Mover was added in 1987. The People Mover is currently operated by a separate city agency called the Detroit Transportation Corporation. The Suburban Mobility Authority for Regional Transportation is the suburban bus system providing services outside the city, although SMART buses come in and out of the city on their routes. Greyhound Lines provides nation-wide service to the city of Detroit and the metropolitan area. Greyhound station is on Howard Street near Michigan Avenue. Detroit Amtrack Station is located at 11 West Baltimore Avenue and links to DDOT and SMART buses.

All of DDOT buses and routes are ADA accessible. Full and reduced fares are available for Dart regional and DDOT passes. The 4-hour pass is $2 and the 24-hour pass is $5 as its shown in Detroit bus map. DDOT sells bus passes at a number of convenient locations throughout the Detroit Metropolitan area for our customers. Bus stop signs in the DDOT service area are in the process of being changed. You will still see older signage in some areas as this transition is underway. DDOT buses are white with distinctive green and yellow stripes and the DDOT logo. The name and number of the bus route is displayed on the head sign located above the windshield of each bus. DDOT has 48 bus routes that serve the 138 square miles of Detroit and 23 surrounding communities.